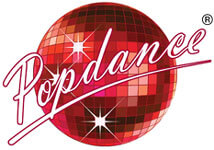 Despite its relatively short history, pop dance has a strong and distinct culture. It has roots in the 1970s funk era and has become an umbrella term for a variety of closely related styles. It is usually performed to funk music, disco music, or hi-NRG.

Popping is characterized by a sudden tensing of muscles, often followed by a release. This causes a jerk in the dancer’s body, and is often performed in battles. Popping can also be performed at a half-speed, as a way to create an interesting contrast between the music and the dancing.

Popping has been used as an animated style, inspired by the Dynamation films of Ray Harryhausen. Poppers also use the technique of popping to recreate robots. These styles often incorporate other dance moves into their performance.

Pop dance is one of the most popular dance styles. It’s fun, easy to learn, and easy to perform. The lyrics are often simple, and you can easily remember them. It’s also a good source of exercise.

Pop dance was originally used in clubs, and social events. Teenage friends would practice their moves, and then show off at clubs. It was usually performed to disco music, but later on, poppers began to incorporate hip hop and electro music into their pop.

The origin of popping can be a little tricky. Often, the foundations of a style vary from region to region, and from one circle of influence to another.