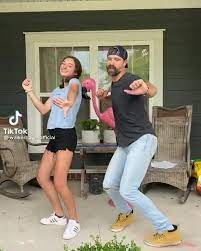 If you have been on a computer lately, you’ve probably seen the viral dance video of Walker Hayes and his daughter Lela dancing to “Fancy Like”. The video has more than 7 million views and has garnered over 20 million likes on social media.

What started as a simple, funny video with an infectious dance became a viral sensation. With millions of people around the world dancing to the song, it’s no wonder it’s one of the biggest hits of the year.

Since it’s release, “Fancy Like” has gone platinum. It’s spent 10 weeks at the top of the Billboard Hot Country Songs chart and is currently Number Five on Rolling Stone’s all-genre Top 100 Songs list.

After it hit the charts, Applebee’s launched an ad campaign to promote the song. They created an entire commercial centered around the song.

While the original video has a lot of views, some of the copycat videos have taken over TikTok. Users are attempting to recreate the dance. Others are filming tutorials to show others how to do the dance. Whether you’re looking to learn a new dance or just want to check out what everyone else is doing, it’s easy to find “Fancy Like” on iTunes, Spotify, and other popular music streaming services.

You can also purchase “Fancy Like” merchandise. In addition to the iTunes and Spotify versions of the song, the official Fancy Like merchandise includes a DVD and CD. Also, fans can join the Fancy Like tour in 2022.